Globally, the formal education sector is facing a crisis of confidence, as there has been a sharp decline in the perceived value of academic institutions and formal qualifications. Even top students are becoming less sure that their school degrees are worth the time, money and effort. But the reassuring message of one secondary school Director to the graduating class of 2018 was about the relevance of what they learned over the past five years. 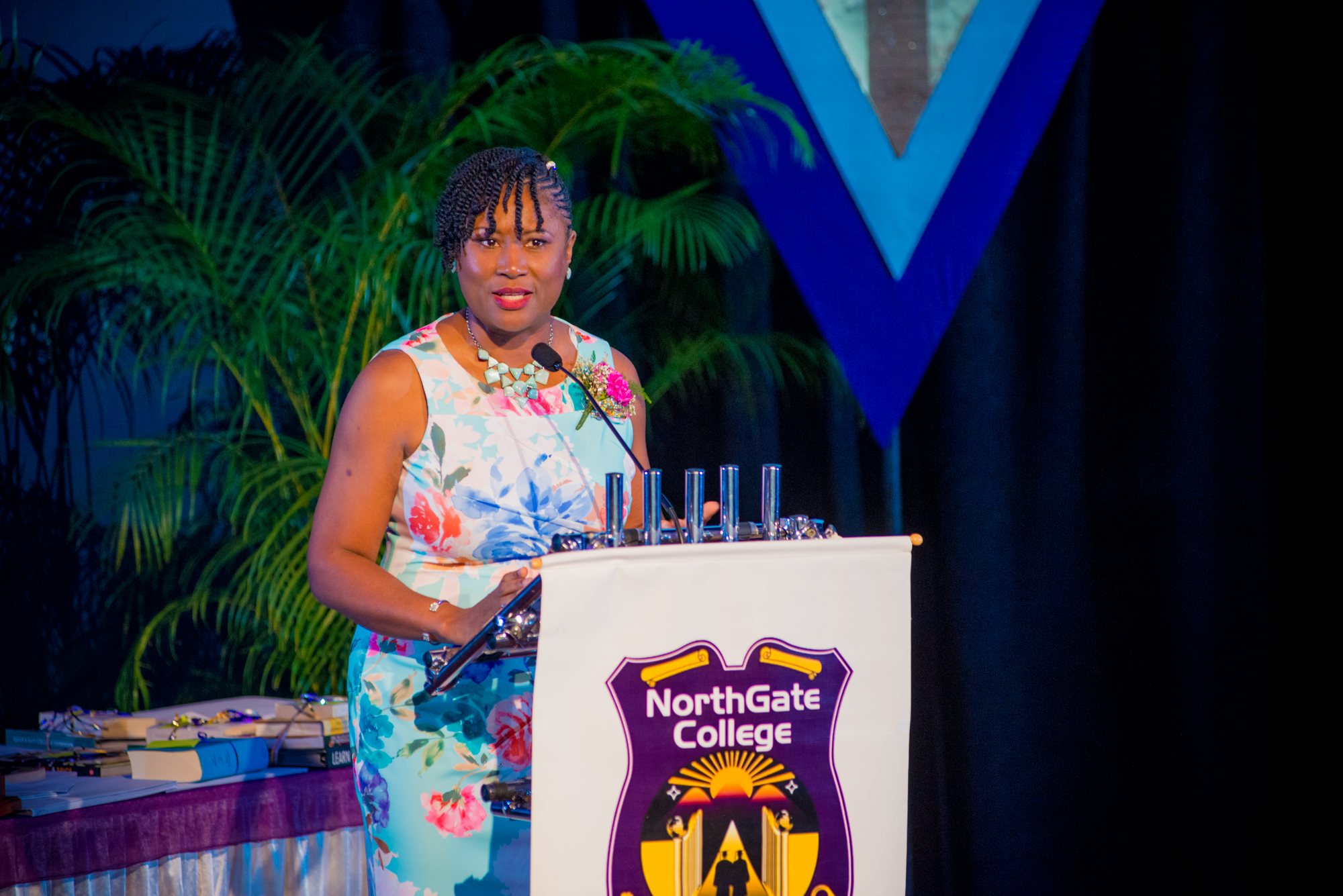 “At NorthGate College, we are committed to scanning our world, tracking the right emphases and building to match our context,” said Ms. Yolande La Pierre, Director of NorthGate College. “Your context helps you to determine your priorities. If your context shifts and you do not shift to match it, then you become irrelevant.”

NorthGate College is a values-based school located in St. Augustine, and an initiative of international faith-based, non-profit organization Congress WBN.

Nigel Edwards, Executive Director of the Trinidad and Tobago Unit Trust Corporation and a Director of the Global Communications and Technology Sector of Congress WBN, urged the graduates to embrace responsibility for remaining relevant by building upon the foundation that had been laid during their time at the College. 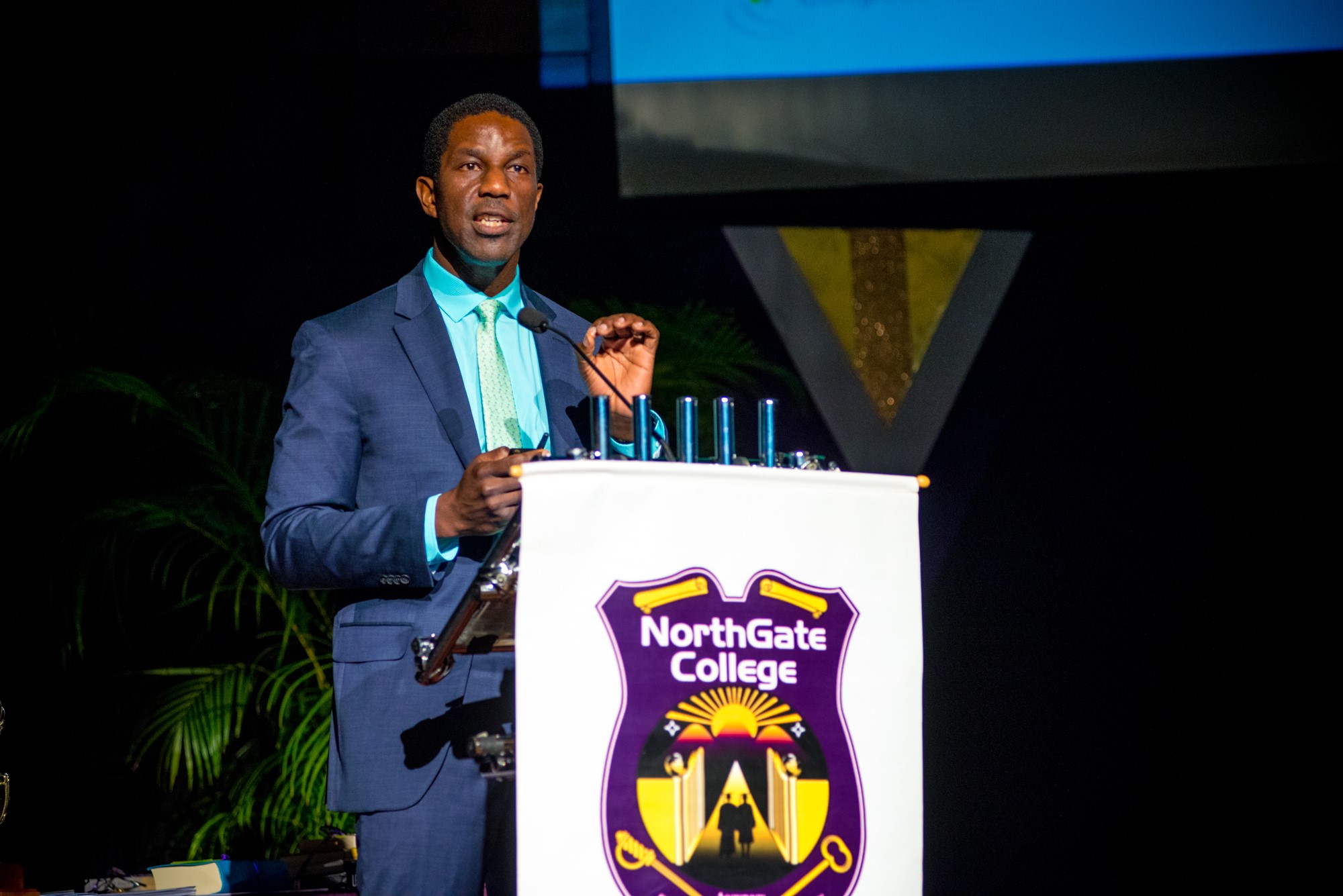 “You make the choice to be who you are going to be,” Edwards said.

Valedictorian Sebastian Rudden of Form 6, rehearsed a key phrase of the school: “If you don’t choose, life will choose for you.” He reminded his peers that “We were taught and learned to make choices about correct values and standards from early on.” 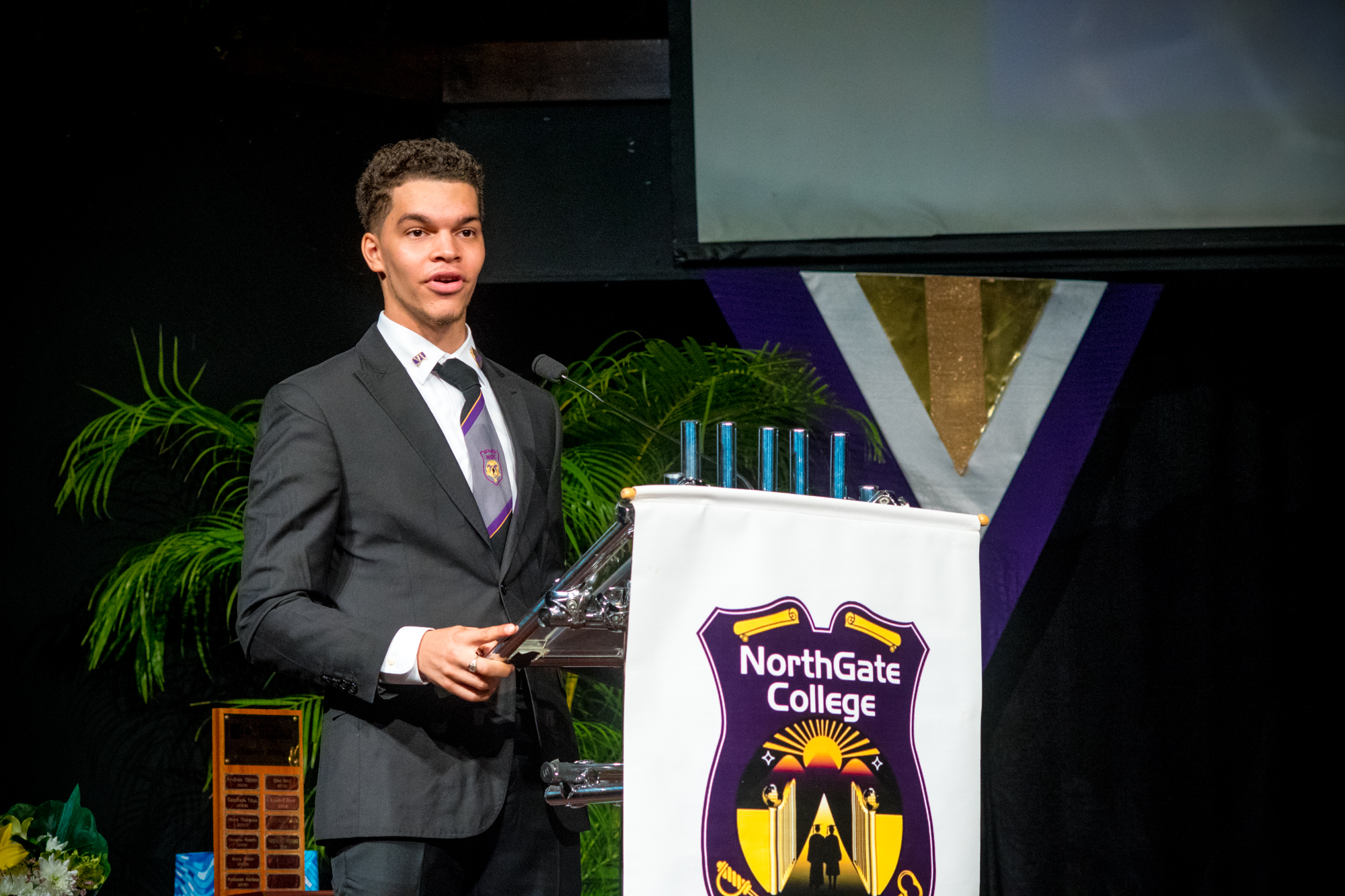 Form 5 Valedictorian Jonathan Grant reminded his classmates that accurate personal choice is crucial for life, saying, “To journey well and to finish with success takes strength, humility and consistency of correct choice.” 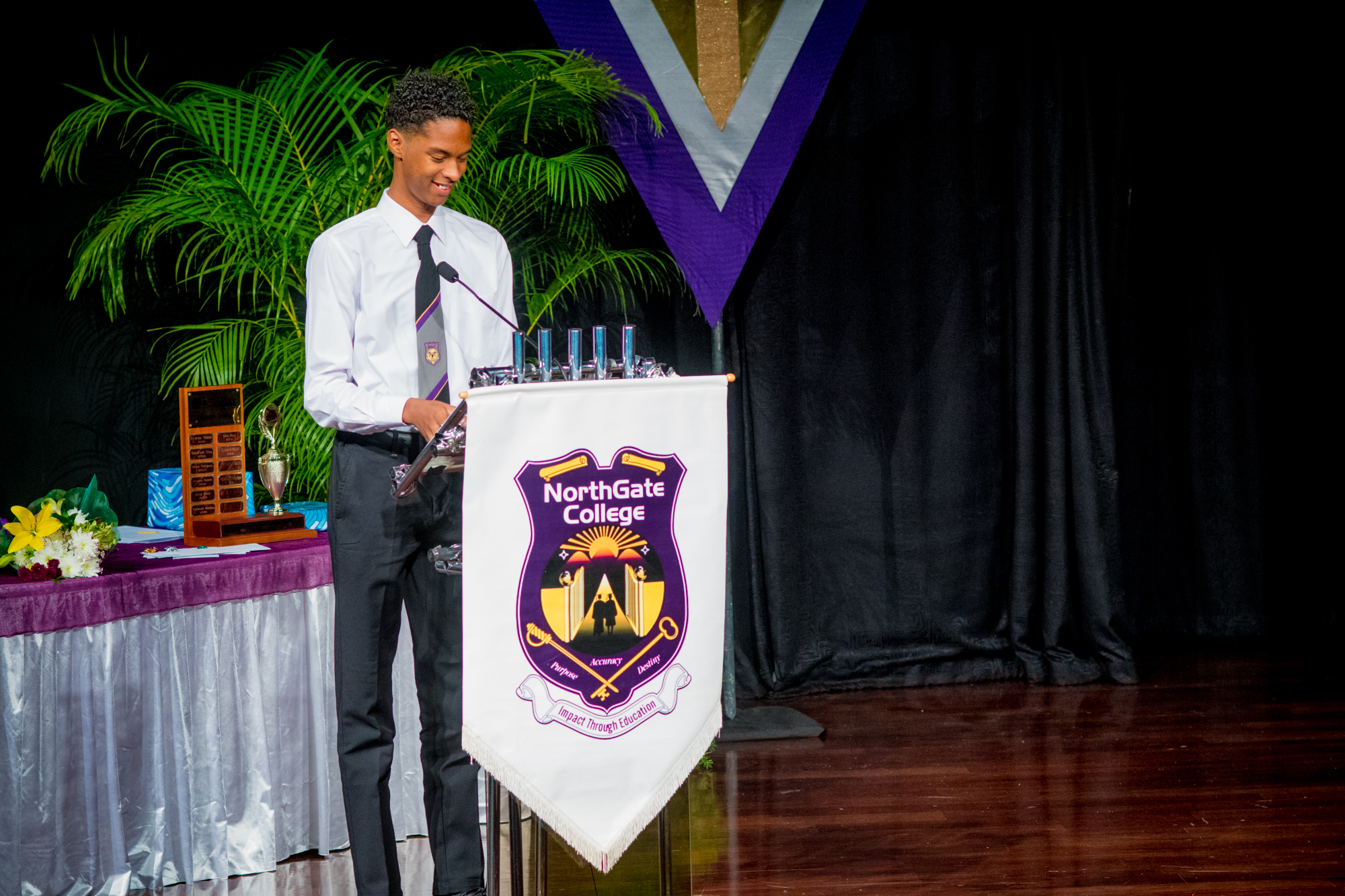 In their lively presentations to the packed room, the pair stood in stark contrast to the stereotype of a lost generation of boys. They held the rapt audience with profound words, delivered with confidence and humility.

The College seems to have tapped into a formula for engaging and transforming young people that should be shared with other schools. Its highest awards were distributed, not to those who excelled in academics, but to students who were standard-bearers of the Student Charter to be “respectful, diligent, sacrificial, self-governed and accountable” throughout the year.

Rudden, the Head Boy, captured the Chairman’s Award for the male graduate who demonstrated the highest degree of integrity and character. He also won the majority of the Form 6 academic prizes, while Daniel Harper of Form 5 took the lion’s share of the Form 5 academic prizes. Head Girl Kristin Grant earned the NorthGate College Award for the female graduate who consistently exemplifes the vision and mission of the school. Charise Laveau of Form 6 was honoured with the Cecile Taylor Community Enhancement Award, for students who perform exceptional service and contribute to the preservation of NorthGate’s culture. The award was created in honour of the College’s first director, who was on hand to present the prize.  Fifth formers Kitana John and Fendi Phillips captured awards for exceptional service to the school, while Brandon Wooding copped the Digital Chronicles Award and Revaldo Pierre nabbed the Business Award. 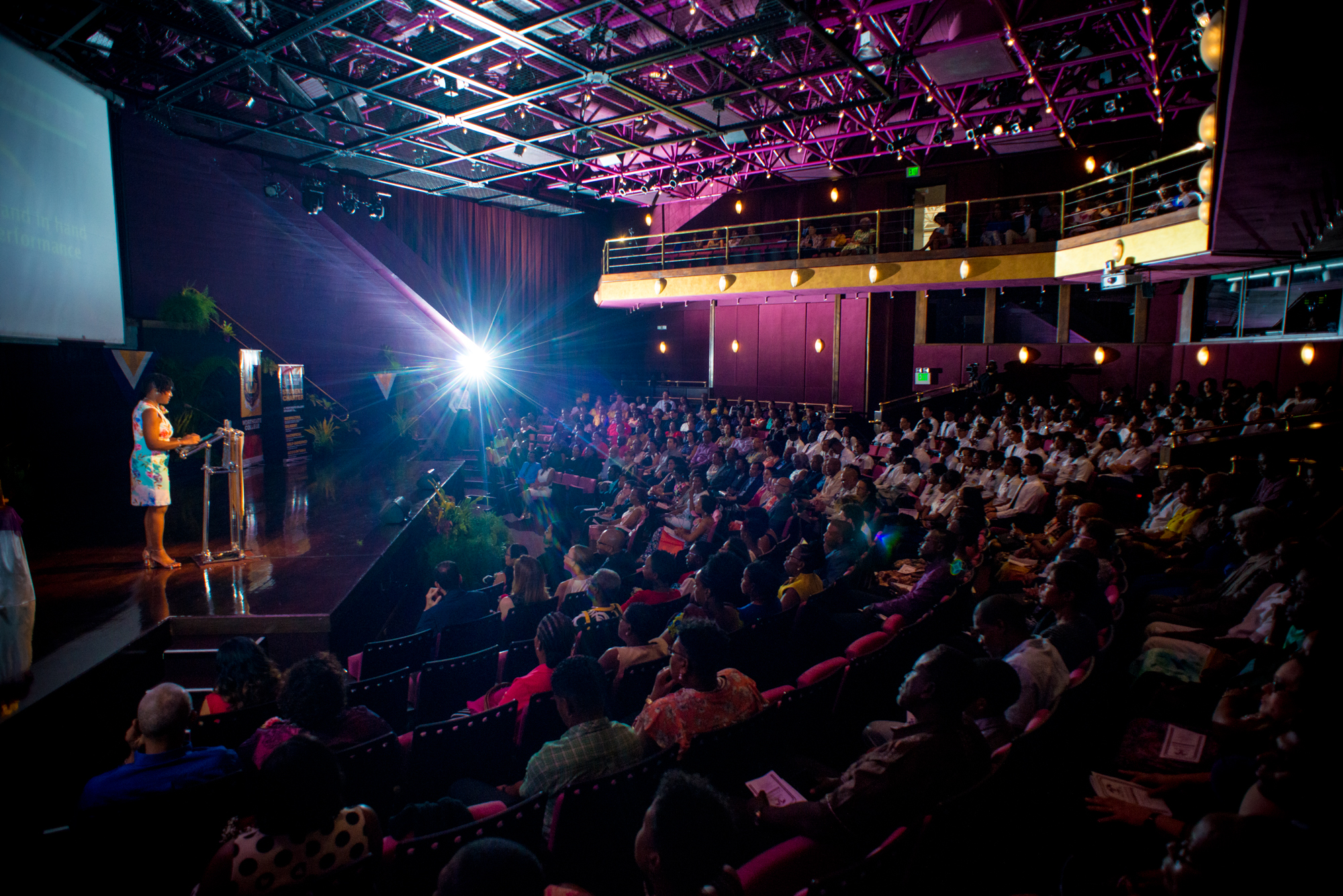 But the real achievement to be celebrated by the NorthGate College community may well be the creation of living patterns for other students to follow.

This entry was posted in Updates. Bookmark the permalink.